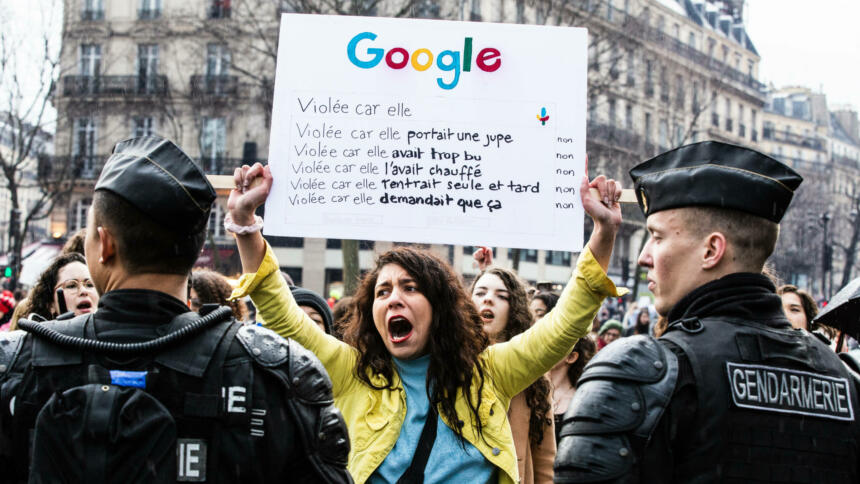 While the European Union is preparing new laws to regulate Artificial Intelligence (AI), Google has told the EU Commission that users should „bear the obligation not to discriminate“ when using AI applications. In a meeting in March, Commission officials asked the tech giant which distinct responsibilities providers and users of AI technology should have. The lobbyists replied that it was users who should be „obliged to make sure they understand a system they use and that their use of a system is compliant“.

Human rights campaigners warn that AI applications could perpetuate societal discrimination in regard to gender or ethnicity. Google has recently said publicly that it has refrained from using its technology for consumer credit ratings and will not pursue emotion recognition applications for the moment. Other tech firms have also expressed reservations about algorithmic bias and ethic concerns around the use of AI.

In the closed-door meeting with the Commission, Google sounded a different note. Lobbyists says that AI „risks should not be over-emphasized“ and that regulators should also look at the „opportunity costs of not using AI“. They warned that an upcoming Commission proposal for a law on AI liability risked creating „disincentives to innovation“, according to minutes of the meeting released to netzpolitik.org under the EU’s freedom of information law. The remarks echo similar ones by Google in reply to a public consultation by the Commission.

The proposal on AI liability is set to be introduced by the Commission by the end of this year. The European Parliament has suggested a liability regime under which the operator of a high-risk AI system would be held liable for harm or damage it causes. It also calls for maintaining liability for producers of faulty AI systems.

When contacted by netzpolitik.org, Google said that guarding against discriminatory systems was „something Google takes incredibly seriously“. A spokesperson said that companies, governments and other organisations had a clear responsibility to not build technology that is or could be discriminatory.

Shortly after the meeting with Google, the Commission unveiled the EU’s proposal to ban certain AI applications considered risky, such as Chinese-style „social scoring“ by governments. Under the law, remote biometric identification systems – a category which would likely include emotion recognition tools – would be considered „high-risk“ and be subject to stringent requirements.

Asked by officials from the cabinet of Commissioner for Justice Didier Reynders about AI technology for the recognition of emotions, Google said it considered such use in situations such as job interviews to be „highly sensitive“ and would see the need for „very stringent scrutiny and strong safeguards is such a system should be used“. The company declined to comment on whether it was currently developing other applications for emotion detection. Googles competitor Amazon has scrapped an internal AI tool used for recruiting after it showed bias against women.